The Cockburn Association welcomes the development of a Public Spaces Management Plan, seeking to amalgamate and improve existing policies, plans and guidelines into a single unified document and process. However, we note that the Public Space Management Plan offers no strategic insight or assistance with the controversial issue of the commodification of open space.  Instead, it proposes a set of …

The Cockburn Association welcomes the development of a Public Spaces Management Plan, seeking to amalgamate and improve existing policies, plans and guidelines into a single unified document and process.

However, we note that the Public Space Management Plan offers no strategic insight or assistance with the controversial issue of the commodification of open space.  Instead, it proposes a set of administrative protocols that sets out conditions rather than policies.

We appreciate that the material posted on the City Council’s consultation hub is not a consultation per se, but an effort to illicit key issues and ideas to help inform the drafting a formal consultation document which will be subject to the normal processes.  We welcome this approach. 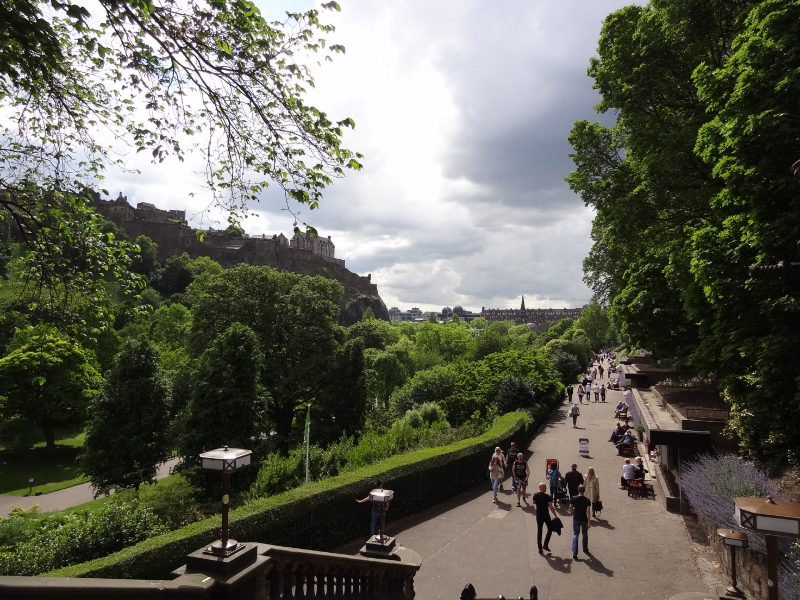 A precis of the issues

It is generally accepted that this is not a management plan for public spaces per se, but an operational guide for the management of events (including filming) in a limited number of Council-controlled public spaces.

This is evidenced by the objective of the plan, which will “set out how we can manage public open spaces (parks, greenspace, roads, plazas, squares under City of Edinburgh Council control) for events, filming and festivals”.  The PSMP continues to assume that the commodification of open space is an acceptable public objective.

The starting point for plan should be a “first principles” review and consideration of the scale and nature of the use of public spaces.  Many if not most events and activities are relatively modest and limited in their impact. An analysis of existing activity would be very useful in preparing the PSMP.

We accept that activities in public spaces can be positive and indeed desirable.  They can contribute to interest and vitality and can support local communities.  They can also be divisive, exclusive/restrictive and anti-community as well introduce disruptive and intrusive activities in places most appreciate for peace and tranquillity. It is this paradigm that the development of the plan should concentrate, and a criteria-based approach developed.  At the moment, it is left to the event organiser to determine how the event is to be delivered.  Whilst this might seem logical from an events management perspective, from a civic perspective, the Council should set criteria to which the operator must adhere to.  For example, a default position against the use of amplified music would mean that any event which wishes it, must justify the need against set criteria (e.g. impact on residents) and outline management and mitigation measures before consent is considered.  Similarly, the closure of streets for filming should be an unreasonable disruption and justification would need to put forward.

The current processes exclude civic engagement.  This should change.  Of course, very small activities over short periods of time could be exempt but some form of public signposting is needed much in the same way as a planning application.

The information that is required to be submitted for event approvals at the moment is very light.  The Cockburn Association has participated in a consultation forum for events in key public spaces such as Calton Hill and has seen just how poor the level of information required to gain consent is.  This Plan provides a very positive opportunity to address this, and we would advocate the creation of a task group to help define what types and levels of information should be required.

The current premium on open space as a result of Covid-19 isn’t reflected in this paper.  Covid has helped society understand and appreciate the value of open spaces, providing places for well-being activities. Whilst we might question to the implementation of schemes such as Streets for People, the sentiment encouraging greater civic use of streets is a fair one and reflects a changing attitude to civic space and civic amenity.  Commodifying open space is counter to this and the Plan should reflect this.

Various consultation surveys show that the most valued attributes of parks and gardens are their tranquil and green nature (West Princes Street Gardens, for example).  These qualities can be shared and experienced by all visitors, whether residents, workers or tourists.  The default position for the PSMP must be the retention of these qualities.  Commercial events with an element of exclusive ticketing or branding should be avoided or kept to a minimum.  The Summer Session concerts illustrated the conflict between open space as a performance arena and open space as a civic amenity, especially for commercial ventures that require a high degree of exclusivity.  Hoardings, crowd-control gates and threats of street closures to management public safety are all illustrations of the unsuitability of such activities in public parks.

A paper considered by the Policy and Sustainability Committee on 10 January 2021on filming noted that this activity generated less than £250,000 for the city although it highlighted the brand and marketing value. The benefit of allowing public spaces to be used for private ventures should be required to demonstrate a direct benefit to the City. At the moment, there is little in the way of meaningful consultation with residents and civic groups on the impacts of street closures, etc, only noting that local businesses impact may be able to negotiate compensation from filming companies.

This suggests an Activity for Activity’s sake ideology behind the initiative.  A more strategic approach considering the carry capacity of places to absorb events and activities is needed, where civic and amenity requirements are equal to tourist and cultural economic activities.

In agreeing with the need for effective operational management of events, there is a need for a more strategic management plan for the wider use of streets and other public spaces and going well-beyond event management.   The impact on public spaces due to construction and development activities can bring significant issues including pedestrian disruption, noise, etc.

It is the nature of many spaces that they are unable to take significant pressures of major events.  The damage to East Princes Street Gardens caused by successive Winter Festivals/Christmas Markets highlights all too well the issue.  In 2019, for the 6 weeks operation of the enhanced market with its large space deck, the gardens were closed for a total of 6 months (including set-up, take down and landscape repair/recovery time). Thus, a civic asset was unavailable for public use as a result of a commercial venture for a significant period of time.  This cannot be acceptable.

A Public Spaces Management Strategy should also include other issues affecting public space, such as street closures facilitating construction work, etc.  These need not be managed through any central department but the criteria for use of civic assets should be set out in a coherent manner.  This should also include spaces not under the control of the City Council but also those under institutional or private management.

Pseudo-public spaces – large squares, parks and thoroughfares that appear to be public but are owned and controlled by developers or private interests are a feature of Edinburgh.  The criteria used for assessing suitability for events or other activities should be applied these spaces as well.  Although they are seemingly accessible to members of the public and have the look and feel of public land, these sites – also known as privately owned public spaces or “Pops” – are not subject to ordinary local authority bylaws but rather governed by restrictions drawn up the landowner and usually enforced by private security companies.  For example, Bristo Square and George Square are owned by the University and host large scale events but would not be covered by the PSMP despite the potential impacts and the perceived civic nature of the space.

Other examples of Pops would be the various New Town gardens.  Charlotte Square has become synonymous with the Book Festival, but its management sits outside the PSMP as it is a private space.  Concern has been expressed over many years about the physical state of the land post the festival, which has visual amenity impact borne by many. As such, its regulation through the PSMP would be beneficial to the city.

Such spaces need to be included in the PSMP because their use as event spaces can have significant impact on public amenity.

Overlap with other consenting regimes

Following on from this point, it is important that the PSMP articulates the wider consenting regime.  The scandal of the space deck being erected in East Princes Street gardens without planning consent illustrates this issue perfectly.  The Cockburn has undertaken a very quick review of other open spaces and has found that major events have operated without planning consent, or so it seems.

In 1491, the Scots parliament passed the Common Good Act affirming that the land and property of Scotland’s royal burghs “be obseruit and kepit to the commoune gude of the toune and to be spendit in commoune And necessare thingis of the burgh. From that year until the Burgh Reform Act of 1833, the landowners and the commercial bourgeois class controlled all burghal administration of the common lands and controlled it in such a way that vast areas of common lands were quietly appropriated.

Much of Edinburgh’s public space is Common Good Land.  It is held for the benefit of citizens.  As such, a separate vehicle for oversight should be required as part of the management process.  This might be built into the PSMP and should require special attention to the played.

Summary and Some Cockburn suggestions

The following represents some ideas and thoughts which we feel should be considered as part of this exercise:

The Cockburn Association would be delighted to assist in the development of this ideas and the furtherance of effective management policies for the city’s public and quasi-public open spaces.