Proposed extension at to listed building on Ravelston Dykes Road

Proposal:  To add a sunroom, bedroom and garden storage to the ground floor of a notable 20th century listed building. 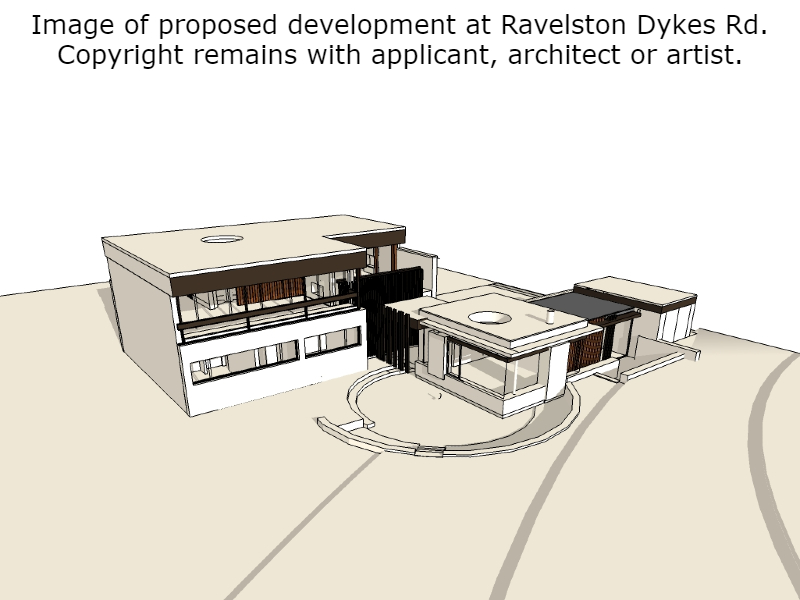 Number 65 Ravelston Dykes Terrace is a Category B-listed building by the notable Edinburgh architectural practice of Morris and Steedman.  Built between 1961-64, No.65 forms part of a stepped pair of identical 2-storey flat-roofed villas, built on a joint site, which slopes to N; No 67, built by Robert Steedman for himself and another owner at No 65.

The practice’s buildings from this period are some of the most iconic post-war modernist structures in the city. Other notable houses built by the practice includes Avisfield at Cramond (1957) and the Sillito House on Blackford Hill in 1959.

We appreciate the efforts made by the architects in seeking to produce a scheme that respects the design integrity of the listed building. However, it is essential that the impact is assessed against the interrelated buildings and takes cognisance of the intentions of the design architect.

We note that HES states, “In our view, the proposed extension’s position and height allows the original building to retain its visual prominence, as seen from the principal garden elevation, and the choice of materials appears to protect the listed building’s character and appearance. Furthermore, the extension’s physical connection to the main house appears reversible and is limited to a small section of the garden elevation, which has been previously altered, helping reduce the level of intervention to the existing house and therefore further mitigating adverse impacts to its special architectural and historic interest.”

In contrast, we have seen the Twentieth Century Society’s comments on this application, lodged as a formal objection.

On balance, the Cockburn agrees the Twentieth Century Society’s view and their assessment that this building was designed carefully in context with its immediate neighbour.  The imbalance that results from the proposed extension has an impact on the other and in our view does not preserve the setting of the listed buildings (s.14 of the Planning (Listed Building and Conservation Areas)(Scotland) Act 1997 in the context of the listed building application or s. 59 of the same act, in the context of the planning application.  We do accept that the interventions are sensitive in the form and content of No.65 as noted by HES but feel the integrity of the whole site rather than a single house is the dominant issue.

We also note the impact on mature trees on the site, which suggests the plans are not consistent with Policy ENV 12 (Trees) which states:

For these reasons, the Cockburn Association objects to this application.