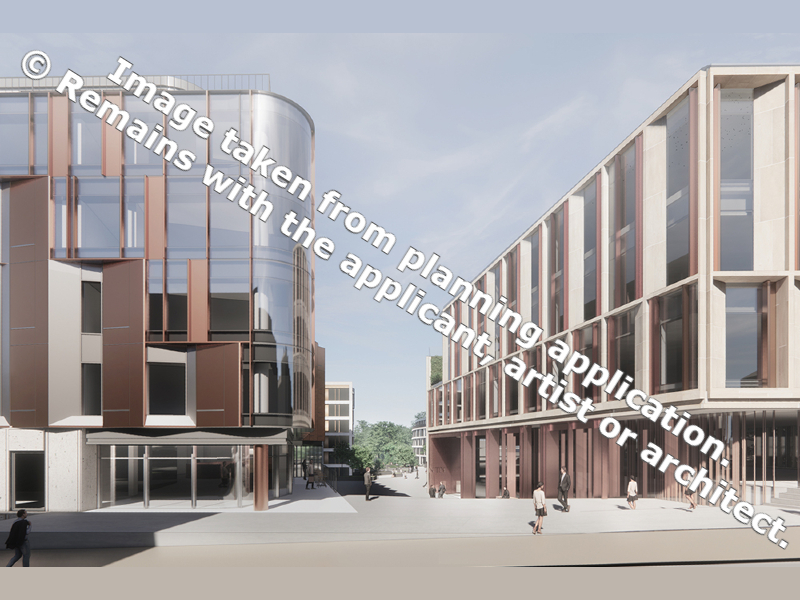 Following regular, open and constructive engagement with the developers and their professional team, since the project inception to application stage, the Cockburn Association has opted to support this application.

The following represents our views developed as the scheme itself has developed through several iterations.

First of all, we accept that this is a major development opportunity in the city. We recollect the previous scheme prepared by the Royal Bank of Scotland directly (Michael Laird Partnership) which in its first iteration was overly massive and insensitive to this important site on the northern edge of the World Heritage Site. In our view, it is essential that the opportunity is grasped to prepare a scheme which, in a contemporary and relevant manner, “completes” this north edge and provides a more suitable urban design link into adjoining neighbours such as Stockbridge and Canonmills.

In general, the Cockburn believes that the development team has responded well to this challenge, and has prepared a scheme that has great potential in helping to knit together the various environs, including George V Park.

We note that consideration is being given to the replacement of the hotel, originally proposed as part of this scheme, with further residential accommodation. The Edinburgh Hotel Association reported an oversupply of hotel spaces in March this year, and impact of Covid-19 has created significant uncertainty in the market. We would have no issues with this amendment, and indeed would support it fully.

There are two main components to this scheme:

The first are the buildings fronting Fettes Row and Dundas Street. We support the creation of a hard urban edge along Dundas Street; although it was not originally feued as part of the development of the neo-classical city as it spread northwards, establishing a strong urban edge here is appropriate. Turning the corner at Fettes Row is also an appropriate objective of development here and the proposal as last seen by us does this well. We are also very pleased with the direct link created to George V Park.

The second element is the new buildings north of Royal Circus. From the outset these have been a focus of discussion. The overall the scale has reduced, helping mitigate against the visual impact of the views looking down Dundonald Street. Two issues arise – the need to allow the architecture of these buildings to have their own presence and not be diminished to such degree as to not read as part of the urban ensemble. Secondly, the challenges in articulating what areas are public and what is private in a meaningful, clear manner. In both accounts, we feel that the design team has successfully achieved the right balance.

A point of continued discussion, however, is the physical link on the Dundonald axis into the site – specifically, if it should be public or private. We appreciate the desire to have this as a private connection for the flats to be erected here. However, we also believe that an increase in connectivity to George IV Park and the various path networks is highly desirable. That said, the approach taken to address this complex space with its significant height changes and relationships to the emerging proposals is highly creative and potentially very exciting. The interface between the garden spaces and the car parking, however, would benefit from further refinement.

The Cockburn believes that it is essential for the existing tree cover along Fettes Row to be retained and maintained. We appreciate that this is the intention and welcome it. A detailed landscape methodology should be prepared as part of the consenting process. The loss of trees along Dundas Street was not considered in discussions but we are aware that there is local concern about this. We could see some benefit for a replacement strategy here.

As noted elsewhere in these comments, the enhancement of the pedestrian network and increased connections to George V Park are key requirements in our view. The proposals have met this objective so far. We are particularly supportive of the new link to Dundas Street from the park. The link through the crescent blocks to Dundonald Street/Royal Crescent is more challenging as already noted.

From our discussions, it is very clear that the design team has invested considerable energy into the analysis and development of an architectural language for this site which is informed by the surrounding neo-classical buildings on Fettes Row and Royal Crescent but interpreted in a contemporary form. We appreciate that further development of the architecture is underway but we have been impressed with the careful and thoughtful approach, and support the outcome as seen so far.