How should Edinburgh respond to the latest surge in Short-Term Let Applications?

Following a special meeting of the Edinburgh Civic Forum yesterday to discuss the issue, our Chairperson, Prof Cliff Hague, offers some thoughts on the recent deluge of planning applications seeking to convert long-term homes in the capital into short-term let holiday accommodation

The recent surge in planning applications to convert flats and houses into short-term lets (STL) poses strategic and very practical questions for the newly elected councillors, their Planning officers and citizens who might want to object.

There are literally thousands of STL properties in Edinburgh, if many of them follow the recent pattern of putting in an application before the Scottish Government decides on the Council’s proposal to make all of Edinburgh a STL Control Area, the Planning function will be overwhelmed. Each planning application has to be treated on its merits, making it potentially very onerous, both for officials but also for objectors.

That problem could then be compounded, for if applications are not determined within the required eight-week period, applicants may appeal against non-determination, and in doing so further encumber the planners.

The Local Development Plan (LDP) will be superseded by CityPlan 2030, but that will not happen until the new plan is approved by the Scottish Government. This is likely to be many months away. Meanwhile the 2016 Plan is the basis for taking development management decisions, along with the Scottish Government’s Scottish Planning Policy (SPP). However, SPP is also in the process of being updated through the Draft National Planning Framework 4.

Although individual applications will relate to a single flat, for example, many members of the Edinburgh Civic Forum believes that there is an unarguable case for treating the real and potential future loss of housing to STLs as a strategic issue in the development of Edinburgh.

Research for the Scottish Government by Indigo House and IDB Strategy and Research (2019) found that there were 9,994 AirBnB listings within Edinburgh. While AirBnB is the main platform, there are others, so the total STL stock would certainly have been more.

STLs were not mentioned in the 2016 LDP. However, the loss of thousands of flats and houses is clearly a matter of strategic importance in planning the city. The draft CityPlan 2030 recognises this. Housing policy 7 opposes the loss of housing through change of use except in ‘exceptional circumstances’.

“Edinburgh has witnessed a significant increase in the use of residential properties for short-term lets, reducing the number of homes available.” (CityPlan 2030, p.123).

Furthermore, Housing Policy 5 in the 2016 LDP supported change of use from non-residential to residential. It further stated that:

“The recycling of buildings achieves sustainability goals and provides the essential means by which the historic character of different localities can be maintained. It can help to create the high density, mixed use environments which are appropriate for central sites.” (p.116)

The pressures on the supply of housing in Edinburgh are recognised in the Draft NPF4, and in CityPlan 2030. Returning thousands of properties to residential use from unauthorised STLs would reduce the pressure to build on greenfield sites, with consequent soil sealing, and use of building materials contrary to the Draft NPF 4 policy for a circular economy.

The converse of the policy and this statement must logically be that the loss of residential property to change of use to STL undermines sustainability and net zero goals, the historic character of the city and the residential densities sought for central sites.

In addition, one of the five overarching aims of the 2016 plan was ‘to create strong, sustainable and healthy communities, enabling all residents to enjoy a high quality of life’ (p.7). The hollowing out of areas by loss of housing for Edinburgh residents is clearly inconsistent with this aim.

The Plan also identified areas for economic development. None of these were designated for conversions to STLs. The LDP does not recognise an economic need for conversions to STLs. While rightly recognising tourism as an important sector, the ways to boost tourism were planned to be through the quality of the environment, shopping and leisure, and through hotel development.

Similarly, in supporting ‘sustainable economic development’ SPP speaks not just of ‘economic benefit’ but of ‘net economic benefit’: thus any figure advanced claiming benefit to Edinburgh’s economy from STLs should be adjusted to take account of disbenefits too. These will include the impacts of loss of housing, the full economic costs of replacing that housing, labour market shortages imposed by a shortage of affordable housing, increased congestion through commuting, air quality impacts of the extra travel on health, etc. In addition there must be some element of displacement, i.e. some of the visitors staying in STLs would still have come to Edinburgh but would have stayed in hotels. If properly costed in this way, the economic benefits would be shown to be much less than those usually advanced unchallenged.

In summary, the proliferation of short-term lets is contrary to existing and evolving planning policy, locally and nationally, at a strategic level, even before the details of any individual case is considered. There should therefore be a presumption that permission will be refused to any application to convert a residential property, or potential residential property, to a short-term let.

Cliff Hague is a British town planning practitioner and Emeritus Professor of Planning and Spatial Development at Heriot-Watt University. You can find more of his blogs and other writing and get in touch with him at his website. 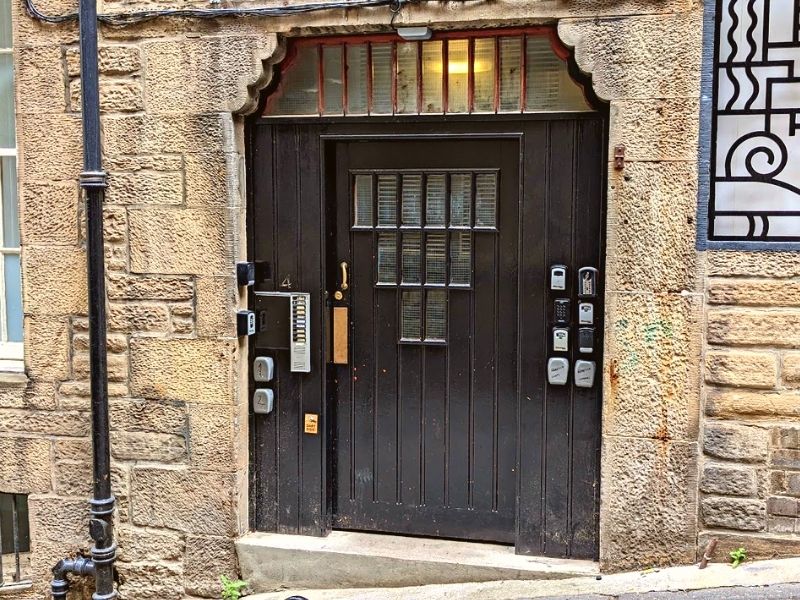