Continuing our Letter from… guest blog series, Inverleith resident Barbara Armstrong offers some personal insights on contemporary life as viewed from that part of the city

I always looked on with sympathy for Old Town residents during the Festival. How they must feel they imposed upon, especially as the traditional Festival timescale extended to year-round events. It must make you feel quite fed up and grumpy after a while.

However, I personally embraced it – I was fortunate to choose where I lived and I was far enough away that I could dip in and out of the spectacle that was the Festival depending on when the mood took me. I was puzzled about stories of people leaving the city for the duration of the Festival. “Must be pretty miserable types”, I thought.

I had friends and contacts who were quick to make the differentiation between the Festival (proper, as it seemed to be) and The Fringe. Again, to me it was one big “culturefest” and surely you just chose to attend the events you enjoyed the most?  It might include a crossover of the two, for goodness sake. Why pitch them against each other?

I was aware, however, of growing alarm about over commercialism, of the need to strike a balance. I was as taken aback as everyone else when I saw the devastated condition of Princes St. Gardens after the Winter Festival in 2019. The associated commercial add-ons did seem to be spoiling the anticipation I used to feel – and then COVID happened and that year, I have to reluctantly admit, I didn’t mind the break, the reset.

Now, in the COVID aftermath, I see and feel the frenzy to get the cultural sector up and running again. And I sympathise yet again – this time with the performers suffering income loss and mental health issues- as I also sympathise with sports people who had had their mental health rattled through lack of ability to participate in sport. Indeed, I could argue sportspeople have suffered for longer than everyone else in Edinburgh given the closure of Meadowbank with no alternative suitable training facilities for a lot of groups. They were suffering well before COVID hit.

Now the Festival has come to north Edinburgh, taking over a local school sports-field for its month-long tented concert venue. The installation has sparked a fierce debate among local residents. Fundamental questions about public and private access to sporting and recreational facilities and the question of residential amenity are to the fore in every discussion. Neighbours now find themselves pitching against one other – who supports the idea? Surprisingly few. Who doesn’t? Well, we’ve now met many new neighbours on Zoom! Festivals have started to divide people in my area. Who would have thought that would be a consequence?

Our collective, societal COVID experience was supposed to help us all pause and appreciate the important things in life. Instead we now find ourselves increasingly questioning social and legal safeguards. It was immediately obvious to local residents that this venue and performance schedule was a ” done deal”. In the Government’s urge to get things up and running, the Council’s Planning Department were relaxing traditional planning standards. This risks and appears to invite, a surge in applications from those who might wish to exploit this relaxation to push through and impose developments that would never have got off the drawing-board in pre-COVID times.

The prevailing fear I hear is that “temporary” installations such as this will create planning precedents that will negatively impact residential amenity in the future. Cynicism towards the planning process and individual citizens’ ability to influence planning decisions has also become rife. The pandemic has adversely affected the lives of everyone – performers, sportspeople AND local residents. Many of us have experienced turmoil and loss over the last year, with our mental and physical health often shaken badly. Is commercial income now more important to the city than residential amenity and health?

Now, I’ll admit that classical concerts aren’t my cup of tea, but I can bite my tongue and grin through even the most dreary of events to be polite and humour my friends. Sometimes I have even reluctantly enjoyed the occasional musical afternoon or evening. But this is not a one-off day or occasional weekend event. The planned EIF activities, in this formerly relatively peaceful sports-field, will see up to 2000 people a day attend up to three concerts on some days, for over three weeks (in addition to  associated setting up and taking down work). Even lovers of the genre must surely acknowledge that this raises pressing questions of scale and balance?

Fergus Linehan, the director of the Edinburgh International Festival, recently admitted that for some years the city’s Festivals have not been “built for the people who live in the city” but with “economic regeneration or tourism” in mind. It is also now abundantly clear that the negative impacts of Festivalisation he alludes to are no longer simply a concern for the residents of the city centre alone.

The stated intention, in this case, is to spread cultural experiences across the city and this is a noble one. Sadly, its actual consequence has been to spread further antagonism towards the Festival instead. If the cultural events sector wishes to stem this increasingly hostile reception to its activities it desperately needs to find much better ways to work and engage with Edinburgh residents than it has shown in this or in recent years. 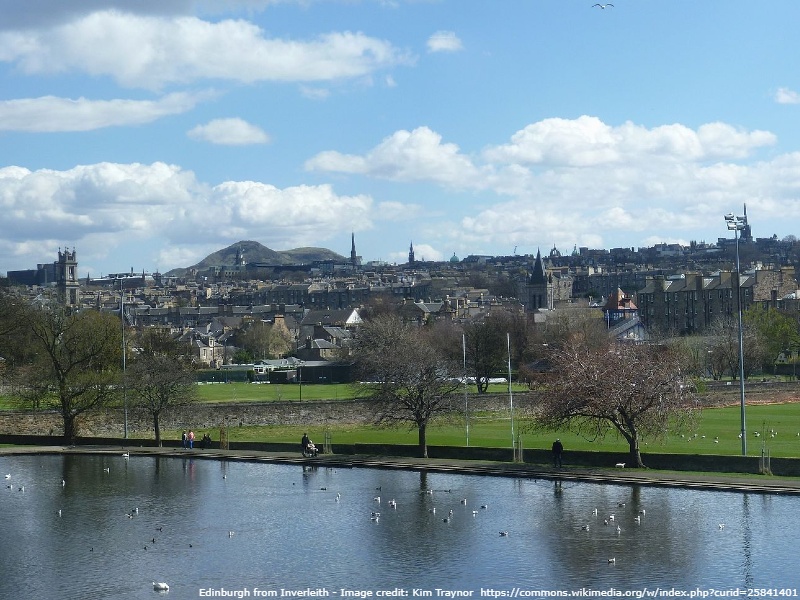