Dividend or Divide? Edinburgh’s Festivals in 2021 and beyond

As everyone in Edinburgh (and the rest of the country) keeps a watchful eye on the daily COVID figures and dreams of a return to some sort of pre-pandemic normality in the coming months, the question of how our city’s cultural events landscape will look is once again being hotly debated. Is the aspiration to return to record-breaking three-million ticket sales levels of 2019, that pushed many of the city’s permanent residents to despair, or does the cultural sector wish to forge a new beginning for its industry?

Partly responding to the perennial concerns raised over the environmental damage to Charlotte Square caused by their annual presence there, the Edinburgh International Book Festival announced earlier this year its plans to move to a more sustainable site at the College of Art. Its Director Nick Barley recently commented that it was time for the entire festival industry in the city to reinvent itself, having become “out of control in the 2010s”. Looking back at those era of those eye-watering ticket sales, Mr Barley warned his cultural events colleagues:

“The race is on to do something else, which is to bring numbers back up to a really healthy level but not to the crazy over-festivalised level of 2019.”

Edinburgh International Festival director Fergus Linehan evidently agrees, telling an online University of Edinburgh audience this week that the events sector in the city has “created some real problems” which have “not engendered a sense of shared cultural or financial dividend” between event promoters and local citizens. Developing this mea culpa even further he looked back at how the cultural event sector structured itself in recent years:

“I often feel that one of the things that happened during austerity was that the argument the arts made for itself was about economic regeneration or tourism. Much of our cultural infrastructure was built with them in mind.”

Before offering this introspective observation:

“Perhaps now we look at it and say it’s not actually built for the people who live in the city, it’s built around those ideas. They’re not getting a direct dividend or certainly not feeling it in the way they should.”

Fringe director Shona McArthy however appears to be unmoved by her colleague Mr Linehan’s request for a cultural, financial and amenity dividend to be shared more equitably between Edinburgh’s residents and those that hope each year to financially profit by utilising the city as a backdrop to their commercial activities.

Echoing Major-General Buster Howe’s recent bombastic comments on behalf of the Edinburgh Military Tattoo that showed a cavalier disregard for long and widely-expressed concerns about residential amenity being adversely impacted by activities of the events sector, Ms McArthy recently posited that opposition to the actions of members of the Edinburgh Fringe community is nought but “cultural snobbery.”

Like Major-General Howe, rather than address legitimate concerns about the imposition of environmentally unsustainable, private, commercial, ticketed enclosures on precious green-spaces that are normally well-used and, most importantly, free to access, Ms McArthy apparently prefers the safer distraction of a ‘straw man’ debate about the subjective values of culture. Few organisations or individuals, and especially not the Cockburn Association, when expressing their fundamental concerns about the sector are making any such value judgements on the nature of the events offered each year.

It is notable that the director of the Fringe Association and some other cultural commentators object to the mere mention of “commercial operators” in the context of any discussion relating to the Edinburgh events industry. Ms McArthy admonishes those that use such terminology stating “It’s almost like doing business has become a dirty word.” This frank acknowledgement that commerciality, rather than “culture”, is the primary driver of this, not insubstantial, section of the local events sector is a welcome one; even if it has not also led to the Damascene moments apparently recently experienced by some of the other leading voices from within Edinburgh’s many Festival operations.

Elsewhere, we may be seeing the welcome signals that the long-enjoyed (some might say exploited) privilege of self-regulation by Edinburgh’s events industry is about to come to an end.

On Wednesday the city’s Planning Committee granted permission for this year only to an events company to operate a private, ticketed compound in one of the city’s precious and much-loved public parks. Despite hundreds of material planning objections and events operating on that spot for several years without first obtaining the necessary planning permissions, the Committee decided that the city’s “Fringe requires support in delivering a programme in 2021.”

In moving the acceptance of this application the Committee Chair, Cllr Neil Gardiner, informed Committee members and audience alike that he wanted to see children playing football and others enjoying this “valuable space” as soon as possible after the commercial operator sold its final ticket to this private event on public land. Significantly, he further added that he would like in future years to see applications come forward for similar events on hard-standing sites only and not on the soft surfaces of the city’s much-needed public parks.

In January this year we opened a renewed dialogue asking “Whose Festival is it Anyway?” at a well-attended day-long, online public conference with invited expert speakers drawn from right across the local cultural events sector. It became abundantly clear at this event and elsewhere that the Cockburn is but one, albeit well-established, voice among many organisations and individuals in the city that simply hope to lessen and diminish the increasingly negative direct and indirect impacts now unfortunately associated with certain facets of the local events sector.

Accordingly, we welcome the comments of Mr Linehan and Mr Barley that appear to recognise that growth for growth’s sake is no longer in the interest of the city’s many Festivals. They both seem to acknowledge the need for a new covenant with Edinburgh’s residents that is more inclusive, equitable and sustainable.  A covenant that also pays heed to the current climate crisis and the huge challenges ahead to meeting the ambitions of becoming a carbon neutral city and country. Representing the International and Book Festivals, two keystones of the city’s cultural offer, we must hope that their senior colleagues and peers elsewhere in the local events sector agree with them. 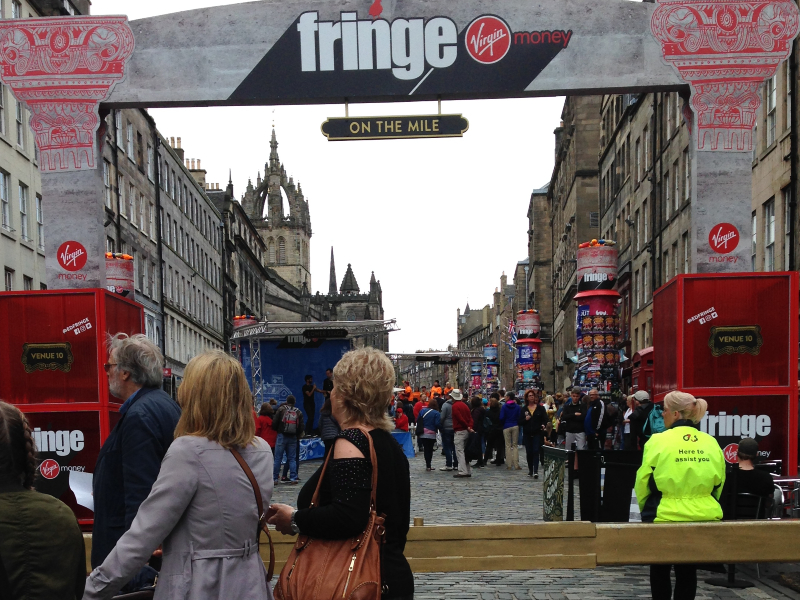