Cockburn Street: a case for concern?

On 3 August I took a photo of the top of Cockburn Street and posted it on Twitter (see below). It provoked a lot of responses, the vast majority endorsing my suggestion that there was a cause for concern. This blog fills out the story.

Everyone knows that Covid and the measures taken to control it and to save lives have severely impacted on the hospitality industry. Equally, few in the city can be unaware of growing dissatisfaction with the impacts of a pre-Covid decade of supercharged growth in tourist numbers.

In particular, the intensification of tourism has become acute in the Old Town. There, even more than elsewhere in the capital, short-term let investors have hollowed out the community of permanent residents. Though it nurtured the escalation in tourists and events, the city council has struggled effectively to manage the consequences in terms of its public service provision, e.g. in litter collection and street repairs.

The need to rebuild bridges with the citizens was well aired before Covid struck. The city’s 2018 economic strategy noted that ‘’unmanaged growth (is) perceived as a risk to both quality of life for residents and to the natural environment of the city.’ The tourism strategy struck a similar tone.

Scotland’s Chief Planner has written to planning authorities encouraging them to relax planning controls to help local business and even to allow ‘temporary breaches of planning control’ . This stance reinforces the perennial critiques of the property development sector that planning controls are a burden on business, and that deregulation is urgently needed. It further weakens planning post-Covid.

However, the Scottish Government advises continuing the ‘broad approach of relaxing control where reasonable and appropriate’. Given the controversy generated by Underbelly’s 2019 space deck in East Princes Street Gardens, which went ahead without planning permission, and given the multiple complaints of Old Town residents about unauthorised conversions of homes to holiday lets, and also given the special responsibilities on planning in a World Heritage Site, was relaxation of controls in the Old Town ‘reasonable and appropriate’?

The city council went ahead anyway. In effect a planning free-for-all was declared, at least for anything ‘temporary’.

The Cockburn Association has been approached by several local residents. Their experiences suggest that the city council failed to appreciate the consequences of its dramatic de-regulation, or to tackle the problems it has created. You can view some of their images below this post, but these issues include:

Similarly, there are concerns about the Grade A listed North Bridge Arcade which links Cockburn Street to North Bridge. One recent email sent to us by a local resident noting:

“Neighbours have complained of food odours, noise and disturbance from flashing lights coming through their windows from the dome. There is always rubbish heaped up there, and recently within our own residential building too, blocking our fire exit and attracting vermin. What is more, one of the premises is operating and serving food and alcohol despite not having a licence to do so (its application was not accepted, the owners did not appeal, and they simply flout the law by continuing to trade).”

It is easy to understand and to sympathise with businesses who have had a hard time and want to trade again as Covid restrictions are lifted. But that does not mean that the World Heritage Site should be treated like Deadwood City circa 1870, or that the rights of local residents should be treated roughshod.

We have planning and licensing controls for a good reason. In a dense urban environment, one person’s freedom can be another person’s misery, which is also why we have also worn masks and maintained social distancing for the last 18 months.

Care and attention, and direct involvement of residents as well as business owners in decisions about how to manage the street, and how the city council will deliver its services and responsibilities could produce a better solution. A masterplan for the street could have been developed quickly through a charrette: it would have been challenging to reconcile the different interests, but that is what planners and designers are trained to do. Why weren’t those skills used?

The exodus of long term residents from the city centre should be a concern for the city’s policy makers. Displacement is distressing for the individuals involved but also diminishes the asset of a living city centre; it converts an intangible public cultural asset into a financial gain for investors in short-term rentals. What is being allowed to happen in Cockburn Street risks prompting those living there and near there to pack up and leave. This is not the way to manage a World Heritage Site or to treat citizens.

Images supplied by Cockburn Street residents of street congestion and pavement parking as necessary goods, items or services are delivered to or removed from local businesses on Cockburn Street: 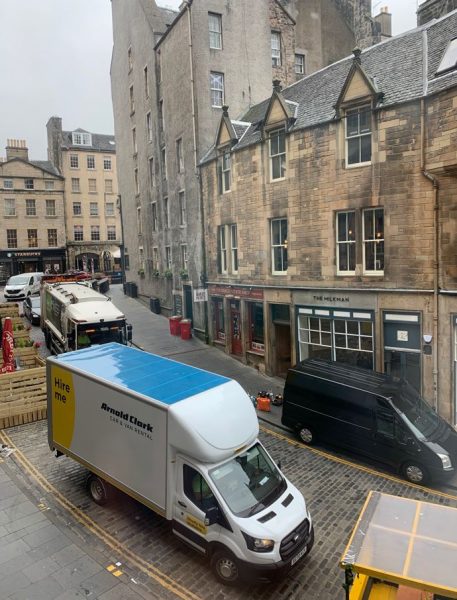 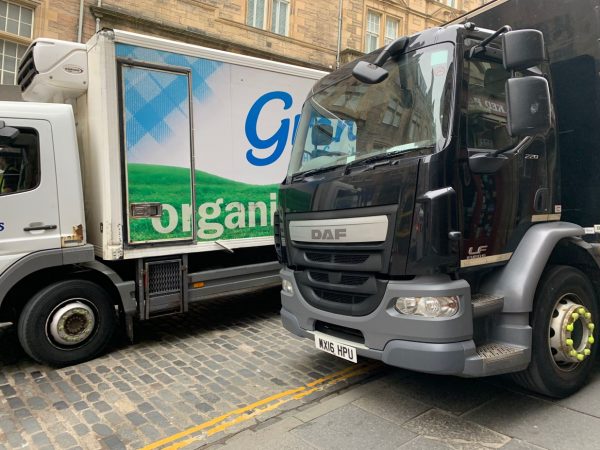 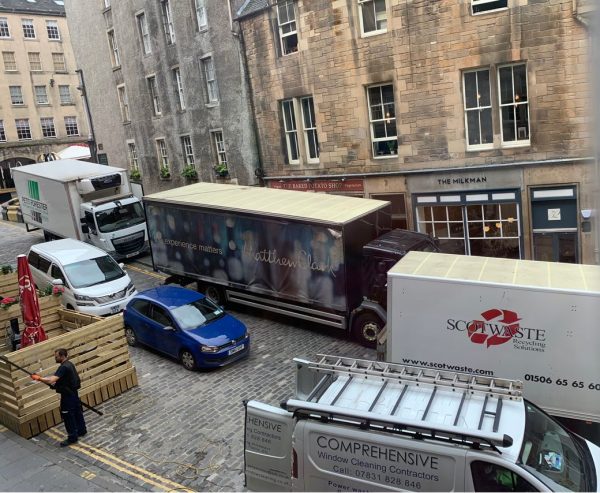 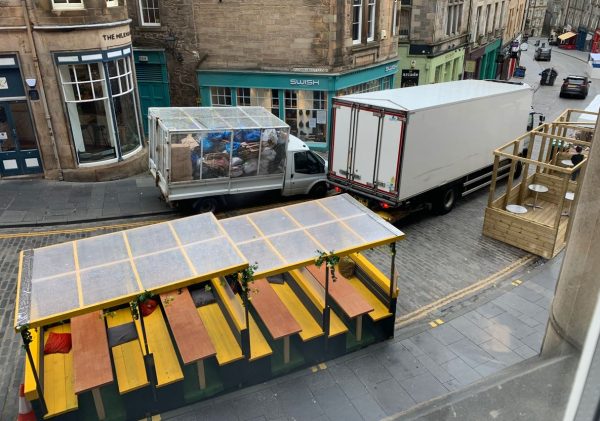 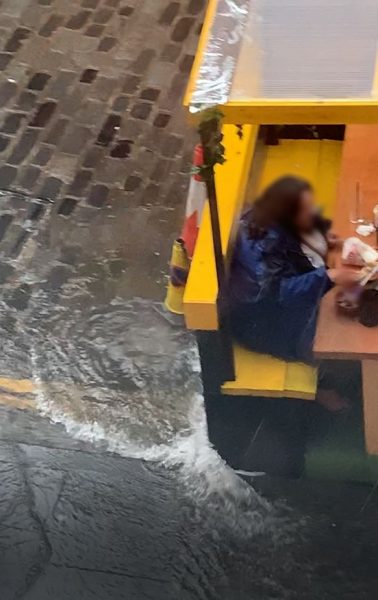 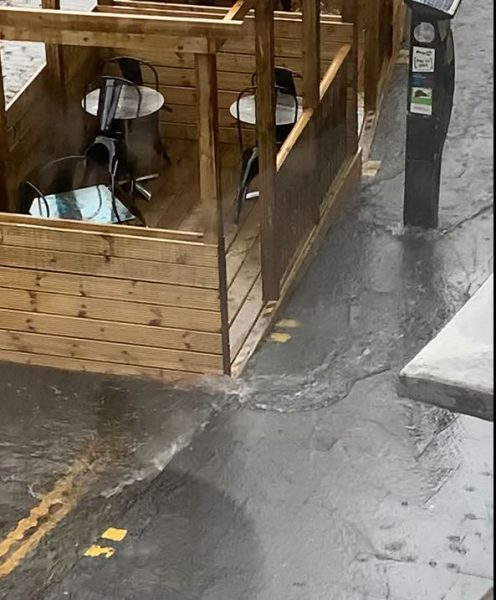 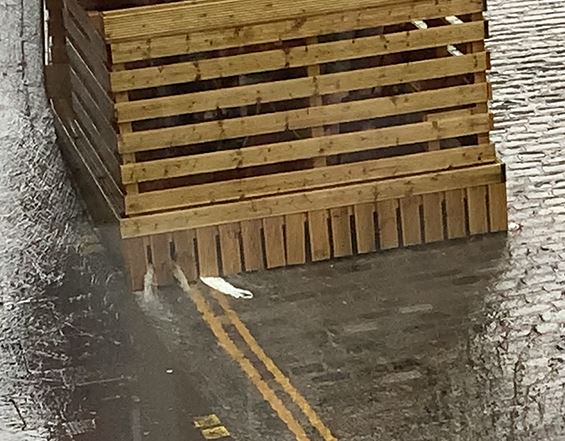 Images supplied by Cockburn Street residents of late-night revellers utilising the on-street commercial service facilities after businesses have closed for the night to meet, drink their carry-outs and eat takeaways: 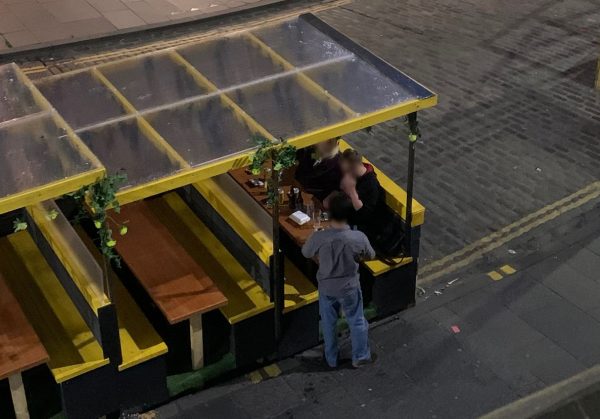 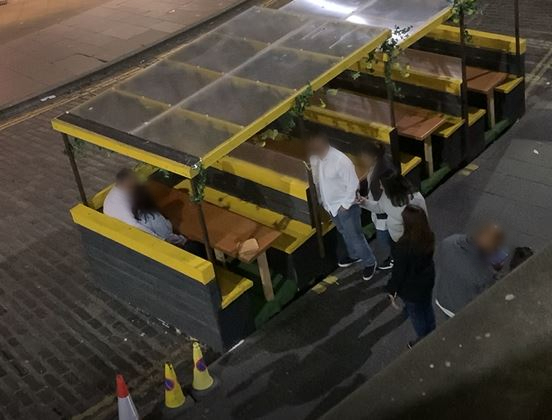 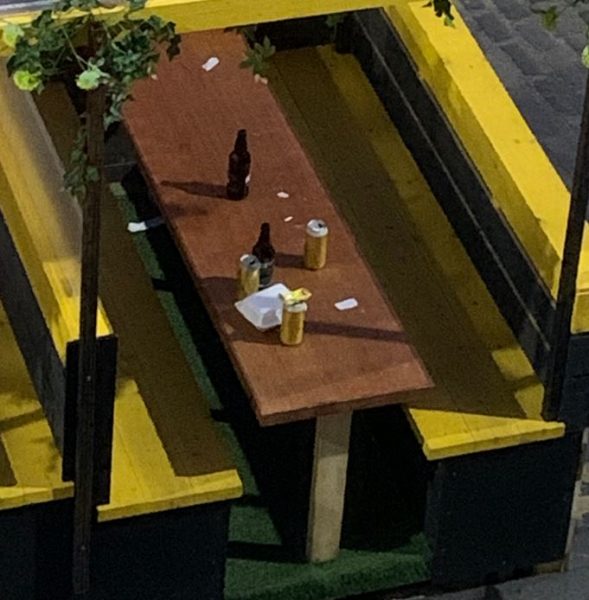 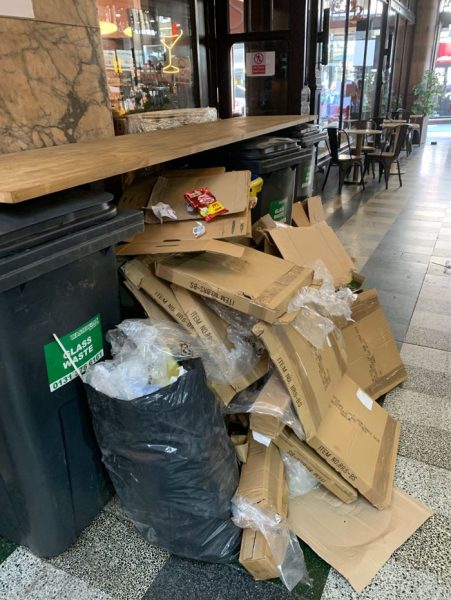 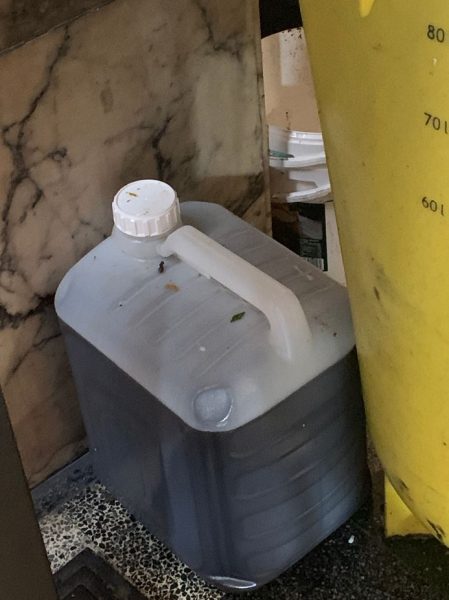 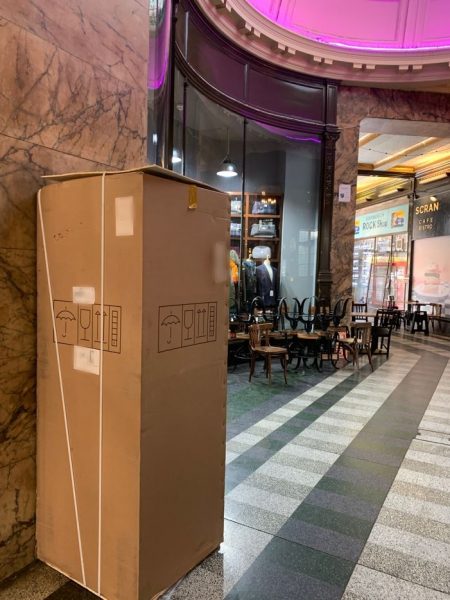 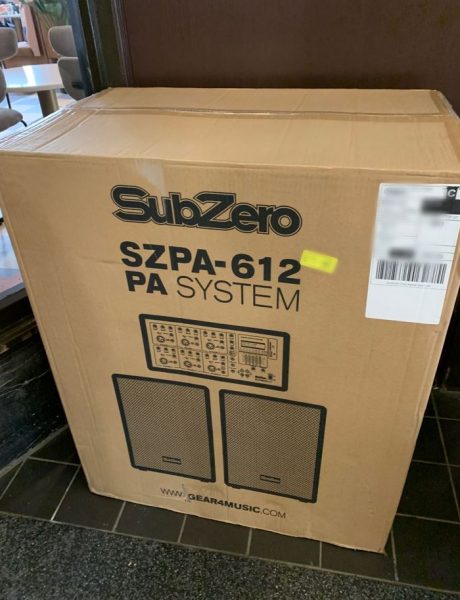 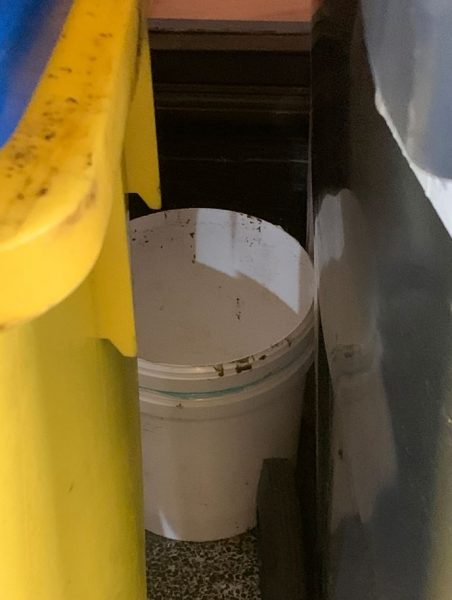 Some of the unpleasant sights that confront local residents each morning as Cockburn Street food operations increase production and capacity without the adequate supporting infrastructure in place: 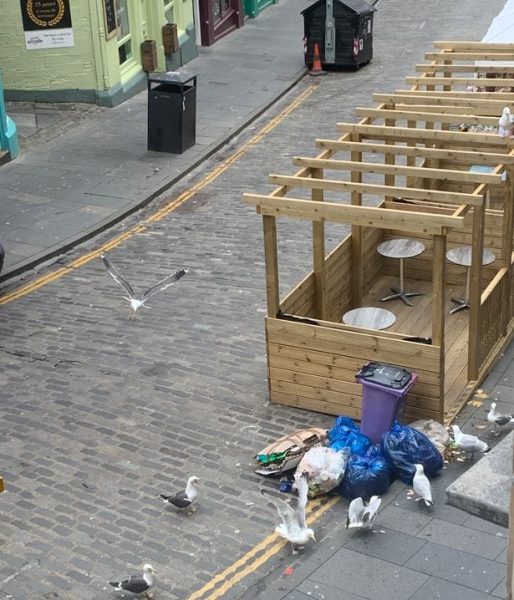 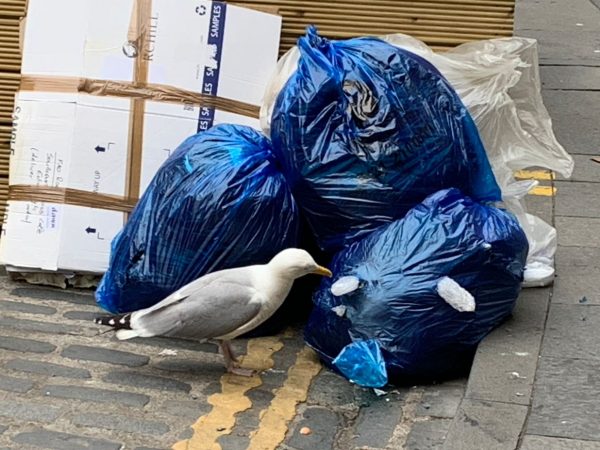 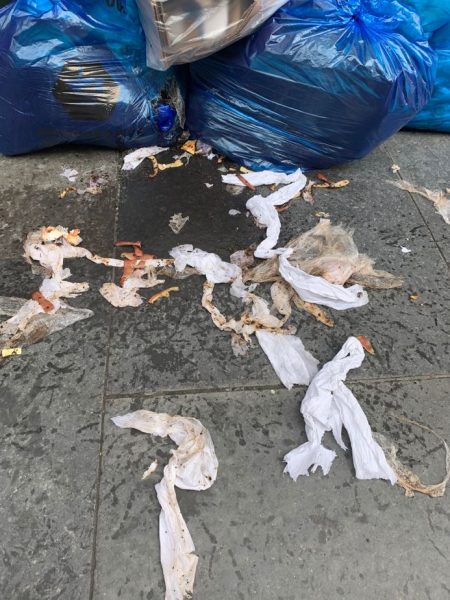 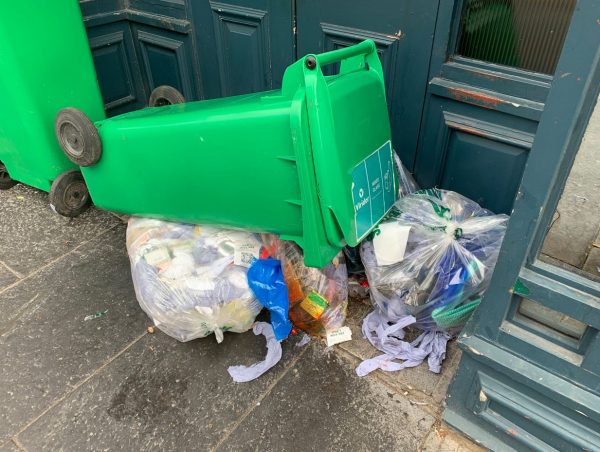 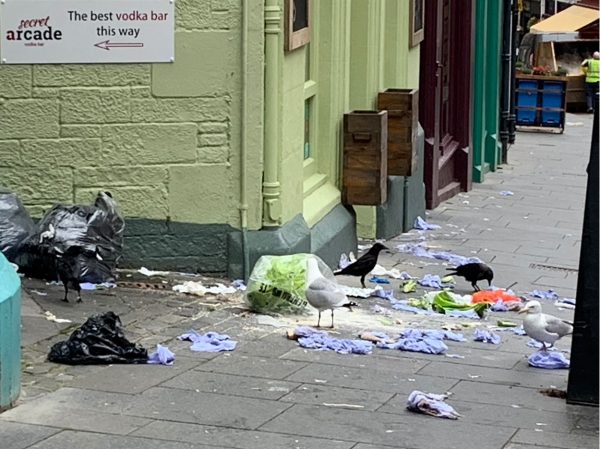 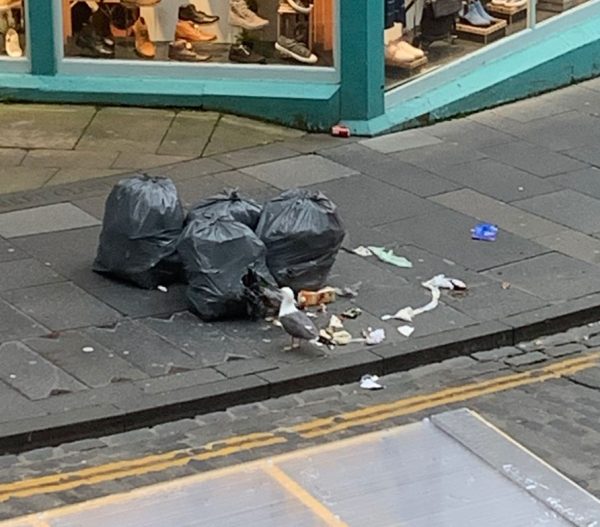 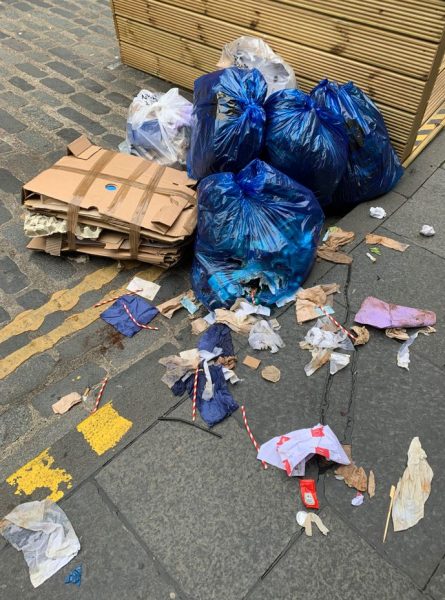 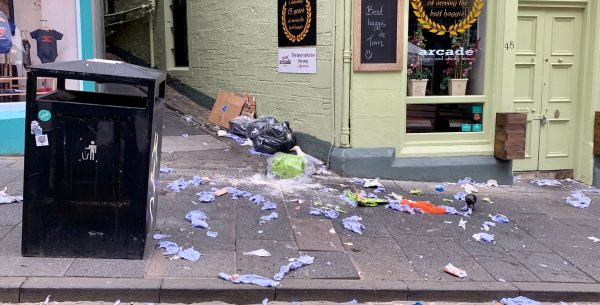 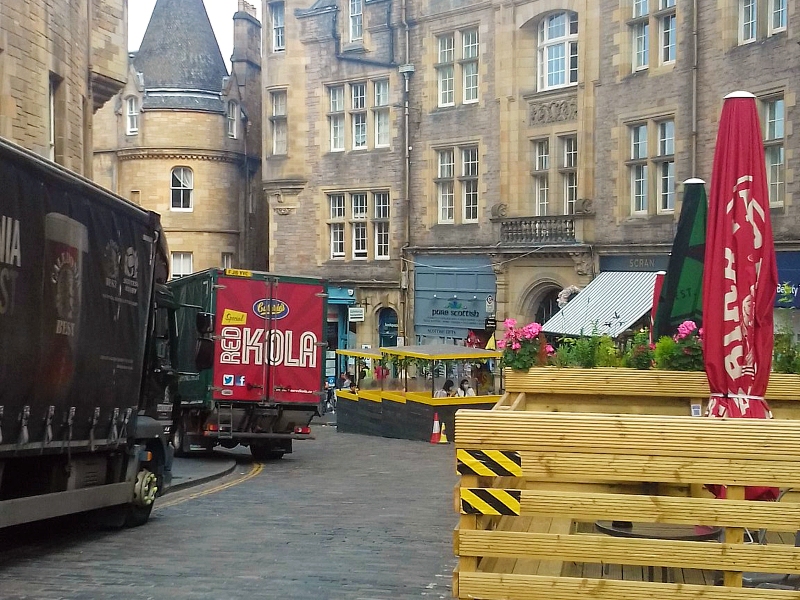