Can Edinburgh’s festivals be reinvented?

Covid has left Edinburgh’s festivals at a turning point. The publication of a new ‘Vision for a Sustainable Festival City’ by Festivals Edinburgh points to the need for ‘a transition to a new future… with solidarity and sustainability as guiding values. Success means achieving a balance of cultural, social, economic and environmental sustainability.’

The launch of this new vision was followed by an event on 25 August, ‘Talking from the Heart – Rediscovering our Festival City’ under the auspices of the Book Festival, that I was invited to attend as Chair of the Cockburn Association. Together with the new Vision, this gathering of leading figures in Edinburgh’s festivals made clear that recovery from Covid should not mean a rush to reinstate the way the summer and winter festivals operated in 2019.

The Cockburn has supported the festivals, but has led the debate about the negative impacts of festivalisation and overtourism on Edinburgh and its citizens. Over the last five years, we have raised the alarm that the strategy of continual and infinite growth, promoted by the City Council, the Scottish Government and the Festivals themselves for 15 years and more, was fundamentally flawed. We have put forward many constructive suggestions for how the festivals could better deliver for the environment and for social inclusion, promoted discussion such as our “Whose Festival is it Anyway?” conference held in January this year – part one of five can be viewed on the Cockburn Association’s YouTube channel here.

So, it was really encouraging to hear speaker after speaker at the Book Festival event saying what we have been saying, even if they stopped short of acknowledging our influence!

The fact that the Book Festival has itself relocated from its traditional home in Charlotte Square to the Art College is significant. Allan Little, Chair of the Book Festival Board, set the tone at the start of ‘Talking from the Heart’ by acknowledging that ‘our old home was becoming unsustainable’ (think the Cockburn’s ‘Keep Off the Grass’ campaign). 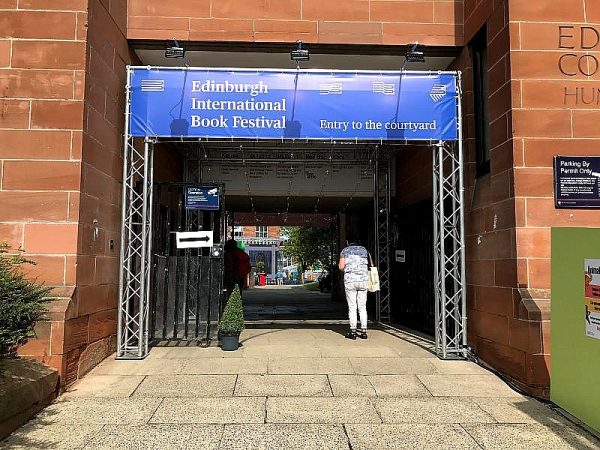 Former Scottish Makar Jackie Kay captured the feelings of many in the room when she observed that the Festivals began to happen to the city, rather than come from the city. There was wide recognition that, as Kay said, their future depends on working from the grassroots up.

Kate Wimpress, Director of North Edinburgh Arts, directly addressed concerns about deprivation and exclusion in Edinburgh, stressing how Covid had imposed further pressure on vulnerable people and communities. “Don’t let complacency creep back in” she urged the cultural leaders in the room, adding that “The past was not good enough for many.” The response to the Covid crisis could not be the same as that following the 2008 financial crisis.

Like the Cockburn, Kate urged that local level talent and activity needed to be supported, and that a wide range of voices needed to be heard. This was a theme endorsed by Morvern Cunningham who will be running an event on that theme on 1 September. The Cockburn has challenged that too often in the past policy making about the Festivals has been in an ‘echo chamber’. Kate called for cultural wealth building at community level: a contribution to the city, rather than extracting value from it.

There were many insightful contributions from the audience. In particular, Fergus Linehan, Director of the Edinburgh International Festival, was critical of how the media has focused on growth when reporting on festivals, pulling arts funding into events companies. “Events are very attractive to governments”, he said. His observation that people did not set out to work in arts and culture out of a passion for economic growth was a telling contribution.

My own intervention followed on from this and made a number of points. I welcomed the “Vision” as a step in the direction of much that the Cockburn has advocated.  However, I pointed out that austerity was the glue that joined the growth mindset and the creep into events described by Mr. Linehan. One of the consequences, I said, was that short-term letting has gone through the city centre like a virus, emptying the Old Town in particular. That was not the intention of the cultural sector, but you have to extrapolate from the way that policy was made and delivered to see the results. The cultural sector was tangential to that, but it was still a factor, unfortunately.

I also noted that one reason why citizens had grown increasingly concerned about the impacts of the festivals was that the boom in ticket sales and visitors had not been matched by similar trends in the essential pubic services required. Put simply, and to give one example, litter bins overflow into the street. 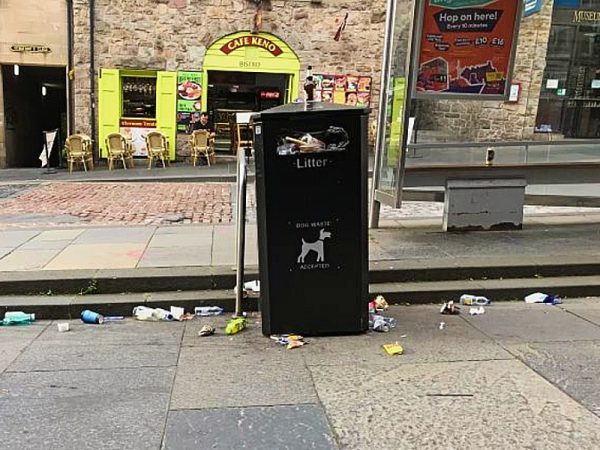 I highlighted the way that agglomeration economies work at a local scale, leading to intensification of festival and festival-related activities in parts of the city. I suggested that a step forward might be a drive to nurture local cultural clusters spread around the city, linked to innovation and growing talent.

While the dominant ethos through the gathering was that things need to change, press reporting in The Scotsman and The Times led on one very different contribution from the floor. Lynne Halfpenny, until recently City of Edinburgh Council’s Director of Culture, exonerated “festivalisation” from causing “overtourism” and pointed the finger of blame directly at the World Heritage Site status positing:

“I don’t think World Heritage Site status has done us any good at all in Edinburgh. I actually think that’s one of the issues we need to have a broader discussion about. I know, having lived in this city since 1981, the numbers of people coming to Edinburgh have probably escalated because we’re now on the bucket list.”

That such a senior former official viewed World Heritage status in such negative terms will cause concerns about the corporate culture within the Council. However, Ms.Halfpenny’s viewpoint contains some truth, but also blind spots. We in the Cockburn have long argued that the heritage of the built and natural environment along with a diverse residential community in the city centre are vital assets that attract visitors and income to the city. Together with the many permanent jobs in public service, education and finance, the quality of the environment is critical to Edinburgh’s economy, while the relative economic significance of the festivals tends to be overhyped.

Similarly, the notion that heritage cities face death by “UNESCOcide” was aired in a much-referenced article in New Left Review back in 2014. Ms.Halfpenny is surely correct then in arguing that Edinburgh needs to better manage tourist numbers within the World Heritage Site. She might have added that the success of the ambitious tourist growth policies of the past 15 years, reflected in a permissive planning regime, contributed to the problem. The unstated challenge, therefore, is to address the chronic undermanagement of tourism in Edinburgh.  There are lessons to be learned from other World Heritage Cities such as Venice and Liverpool, which earlier this summer was stripped on the coveted inscription.

However, it is clear that the problems have two peaks each year – during the August and Winter Festivals. We have regularly been invited by the events industry and media columnists to swoon at the summer festivals’ record audience of 4.4 million in 2019, and the near one million unique visitors to the 2020 winter event (81% from outside the city). Might it be possible that such record additional numbers create the sense of “overtourism” that Ms.Halfpenny ascribes, instead, to the city’s world-class heritage?

In summary, it does seem that several leading figures in the festivals business have recognised that sustaining Edinburgh’s world-leading reputation as a festival city requires a smarter strategy than just piling more events into more public spaces to attract more tourists. However, not everyone is prepared to sign up to that yet, as is evident by the prominence given to Ms. Halfpenny’s contribution in some of the media’s reporting.

While some may wish to create a skirmish between the festivals and conservation of the city’s heritage, the reality is that Edinburgh needs both, now and in the face of a very challenging future.  The Cockburn will seek to work constructively with all parties who want to engage with us. They have been few in the past, but this new “Vision” suggests that might be changing.  It will not be easy to turn the well-intentioned words in that document into practical steps, but we will try to help, not least by insisting that citizens’ voices, previously marginalised, need to be listened to. 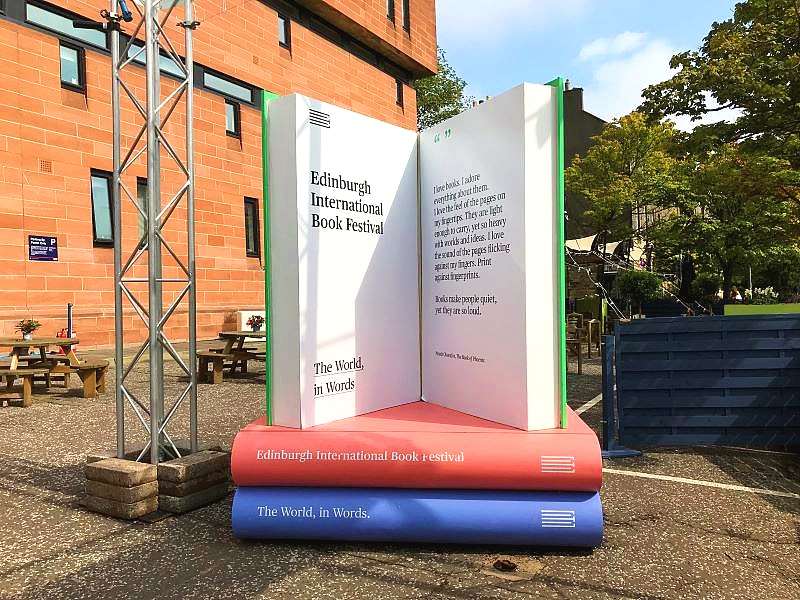