A Tale of Two Cities: World Heritage in Edinburgh and Liverpool

It was announced today that UNESCO decided to strip Liverpool of its World Heritage Site status.  UNESCO had previously warned that the developments, including the new Everton FC stadium, had resulted in a “serious deterioration” of the historic site.

Liverpool was inscribed as a WHS in 2004.  It becomes only the third site to lose its World Heritage status since the list began in 1978, the other two being Oman’s Arabian Oryx Sanctuary in 2007 and the Dresden Elbe Valley in Germany in 2009.  UNESCO director Dr Mechtild Rossler said the city had been warned of its potential deletion from the list for many years.

Edinburgh was inscribed as a WHS in 1995 covering the Old and New Towns as well as Dean Village.  Its inclusion on this most exclusive of heritage lists followed a different process than Liverpool and was one grounded more firmly in a conservation ethic than its kindred city.

However, it has not been without its controversaries, and the Cockburn has been concerned over many years with decisions made, or not made.  Major developments such as Caltongate on the High Street, the new St James Quarter with the intrusive W Group hotel – dubbed the Golden Turd – resulted in UNESCO intervening in several occasions, such as in 2016 when they told the UK Government of their “strong concern” about the level of protection for the Old and New Towns after a team of international advisors warned them of a “significant threat” from new developments.

In 2008, UNESCO articulated its concerns about the Caltongate development and made these known to government and the City Council. Further concerns were expressed in 2018 regarding the proposed hotel development at the Old Royal High School, thankfully rejected at appeal after a lengthy Public Inquiry.

Intrusive proposals continue at a pace, and not all are large scale multi-million-pound schemes.  The liberalism of height restrictions has resulted in many roof top extensions which intrude on the skyline.  At Princes Mall on Princes Street, the granting of consent to a new extension in 2018 will see the erosion of unspoilt views across to the Old Town.  The commodification of open spaces with temporary structures has eroded the unique qualities of the Waverley valley, for example, when the 2019 Christmas Market erected a space deck to increase the commercial space.

Interventions in the streetscape of the World Heritage Site detract, rather than add, to the special qualities.  Installations of waste bins, new cycle infrastructure, pop-up venues, etc all seem to ignore the fact that Edinburgh is a World Heritage city.  Also, there is an increasing maintenance backlog across the site where it has been estimated that there is a masonry fall once every two days in the city centre.  These issues present considerable challenges for the WHS.

In looking forward, two emerging development issues offer a signpost for the direction of travel. The prospect of a redeveloped Waverley Station, itself a Category A-listed building, could further erode the separation of the Old and New Towns, a quality fundamental to the Outstanding Universal Values that lead to inscription in the first place.  Second, what happens to Princes Street and its changing fortunes will be a major test of whether Edinburgh follows the path of Liverpool or not.  Commercial directions have changed and whilst the Cockburn has seen some positive developments coming forward, there remains a void of guidance and control over the future restructuring of Edinburgh’s most prominent street.  What happens next is crucial.

The Cockburn agrees with the view of Edinburgh World Heritage (the organisation established to advocate the site) that Edinburgh’s World Heritage status is not under imminent threat.  However, we would strongly emphasis the word “imminent”.  The underlying trend is one of ambivalence and decay which unless reversed, may well result in Edinburgh being registered as World Heritage at Risk.

There are good policies in place.  The civic will to enforce them is key.  The City of Edinburgh Council, the Scottish Government and other national organisations, like Historic Environment Scotland, need to refocus their considerable energy and resources on the conservation and protection of the Edinburgh’s built heritage before a monitoring mission from UNESCO reviews the status of the Athens of the North once again.  There is more than a label at stake. 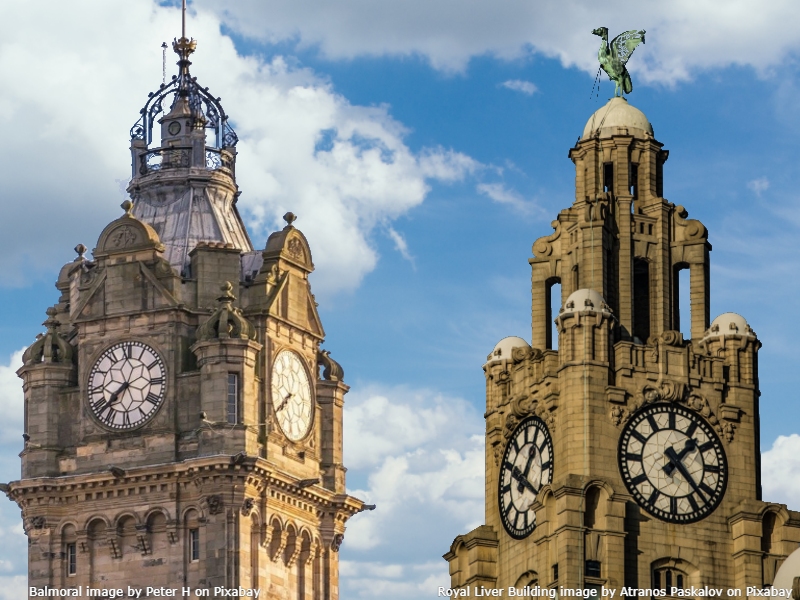