Henry Thomas Cockburn of Bonaly, Lord Cockburn was a Scottish lawyer, judge, literary figure and committed conservationist for the City he loved.  A well-respected figure of the time, his legacy lives on today in many forms, from streets names after him to the Cockburn Association, founded in his memory to protect the amenity of this city and campaign for its improvement.

Cockburn as born on 26 October 1779 with the Old Parish Register giving his place of birth as Hope Park in Edinburgh, where his parents had a house.  He died at the age of 75 at his estate in Bonaly in the Pentland Hills on 26 April 1854.

His father was Archibald Cockburn – a keen Tory, lawyer, Judge – and Sheriff of Midlothian before taking on the mantle of Baron of the Court of Exchequer. His mother Janet Rannie was connected by marriage with the influential Lord Melville (her sister was Henry Dundas’s first wife), making Cockburn the nephew of one of the most powerful individuals in Scotland at the time.

One of 9 siblings, with three sisters and 5 brothers.  His brother was John Cockburn FRSE (d.1862) was a wine merchant and founder of Cockburn’s of Leith. Henry married Elizabeth Macdowall and went on to have five daughters and six sons.

In the popular magazine of the day, the Edinburgh Review, he was described as: “rather below the middle height, firm, wiry and muscular, inured to active exercise of all kinds, a good swimmer, an accomplished skater, an intense lover of the fresh breezes of heaven.”  He was immensely popular with his peers and respected by most who met him.

Cockburn was educated at the Royal High School (1787) in Infirmary Street at the High School Yards to the south of the Old Town under the harsh guidance of the Rector, Dr Alexander Adam. He later described his time there as “spending nine years learning two dead languages”.

From 1793, he attended the University of Edinburgh and was particularly influenced by the Professor of Moral Philosophy, Dugald Stewart.  A keen member of the Debating Club with Francis Jeffrey (a life-long friend), Henry Broughman and Horner.  He met Walter Scott at this time, and the two grew to be close friends and political opponents.

Cockburn lived in a time when the spirit of the Age of the Enlightenment had permeated through all sectors of Edinburgh life.  There were wide-sweeping proposals for new development in the town he loved so much, not least of which was the building of the New Town, north of the Nor’ Loch and the Old Town.  Development here had started 10 years before his birth but his entry into University coincided with the completion of Charlotte Square, Robert Adam’s masterpiece of civic design regarded as the finest neo-classical square in Europe.  He was, of course, later to move to the Square taking up residence at no.14.

In 1800, Cockburn entered the Faculty of Advocates which signalled the start of a distinguished legal career, becoming Lord Advocate Depute in 1806.  He served as Solicitor General for Scotland between 1830 and 1834 before taking a seat on the Scottish bench as Lord Cockburn. He excelled at criminal cases and played a part if some celebrated cases. He was the defence lawyer for Helen McDougal, Burke’s wife, in the trial for the Burke and Hare murders, and won her acquittal.

Cockburn held strong Whig principles which was not the party of his relatives and at time when it held out few inducements to men ambitious of success. 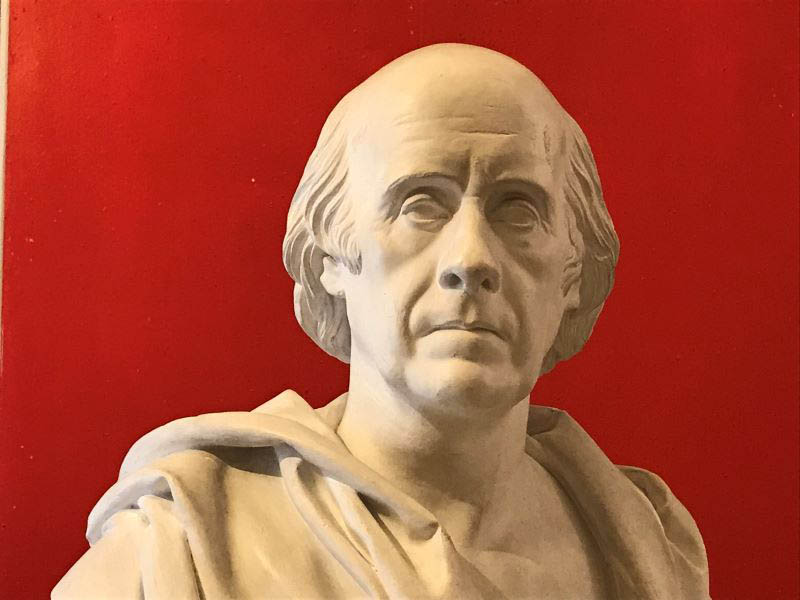 Although Cockburn contributed regularly to the Edinburgh Review, the extent of his literary career was not fully appreciated until his 70th birthday on the publication of his biography of his lifelong friend, Lord Jeffrey.

His chief literary work, the Memorials of his Time appeared posthumously in 1856. His published work continued with his Journal 1831-44, published in 1874. These constitute an autobiography of the writer interspersed with notices of manners, public events, and sketches of his contemporaries, of great interest and value. In 1888, his paper Trials for Sedition in Scotland was published.

His book, Circuit Journeys was also published in 1888 and is a fascinating and insightful account of his times as a Circuit Judge, travelling the length and breadth of Scotland dispensing the Queen’s justice.

The preface, written in March 1838, Cockburn notes that it will be his “fate to perform these journeys being a Criminal Judge as long as I am fit for anything.”  Such journeys were not without their hazards.  He wrote of an incident in 1849 when a mail coach on the Edinburgh-Inverness route with the Clerk of the Court together with two Counsel overturned in the swollen River Moy – “The clerk’s papers all went downstream, but were recovered, though well steeped.”

September 1839, he visited the Abbey of Dundrennan, a “beautiful and interesting mass.  But every other feeling is superseded by one’s horror and indignation at the state in which it is kept.”  He goes on – “No excretion can do justice to the careless or selfish insensibility that can obstinately persevere in the daily perpetration of such atrocity.  My excellent and esteemed host, in whose house I now am, and on whose ground this abbey stands, is the chief delinquent.  And the value of the case  is that he is a most liberal and right-minded gentleman, because this shows that the mischief proceeds from no positively improper object but from that absence of right feeling which, on such subjects seems to be nearly universal among Scotch proprietors.  They gaze on the glorious ruins of noble buildings, over which time and history delights to linger and which give their estates all the dignity that they possess, with exactly the same emotion that the cattle do, to which these impressive edifices are generally consigned.  It is a humiliating national scandal.”

Hidden within the pages of the Circuit Journeys are reminders of the horrible cases to which Cockburn had to preside.  In 1840, in Glasgow, he wrote of the case of a poor child, scarcely 8 years old – a climbing boy as they were described then – who was forced by threats to go up 38 new chimneys successively without any food or rest.  He died in the 38th.  The charge of culpable homicide; the sentence was imprisonment although Cockburn felt that transportation was a more suitable punishment.

We can see part of Cockburn’s character and reflection following the Spring North Circuit of 1844. He writes from his home in Bonaly on a comfortable Sunday evening reflecting on dispensing the Queen’s justice in Perth.  Putting aside the cases of a female fire raiser and a mad murderer noting that these were the only interesting cases out of 44, we writes, “of the mob of thieves, about a dozen had been already convicted in the Judiciary, and purified by long incarceration.  I fear that it may now be deemed certain that thieves, especially the young, cannot be reformed by being shut up in a box.”

In September 1849, some 34 years before the celebrated Napier Commission into the Highland Clearances, Cockburn described one notable case heard in Knockomie of rioting, etc by four respectable men from North Uist, who were resisting a Highland clearing.  His description shows the clear dilemma for Justices in exercising their duties.  In accepting that the warrants of eviction had been legally and properly served, the Court established that no means of shelter or transport was provided leaving some 300 people with “nothing but the bare ground to take shelter in, or rather the hard, wet beach, to lie down upon.” The jury solved the difficulty by finding the men guilty but pleaded for the utmost leniency and mercy for the Court.  In accepting this “well-considered recommendation”, Cockburn noted “the popular feeling is so strong against these (as I think necessary, but) odious operations, that I was afraid of an acquittal, which would have been unjust and mischievous.  On the other hand, even the law has no sympathy with the exercises of legal rights in a cruel way.”

Cockburn’s conservation leanings again to the fore when writing in April 1845, he exclaims – “The country is an asylum of railway lunatics ……… And anyone who puts in a word for the preservation of scenery, or relics, or sacred haunts, is set down as a beast, hostile to the “poor man’s rights”, “modern improvement” and the “march of intellect”.”

“Edinburgh is not exempt from the doom that makes everything spoilable”

Cockburn’s interest in the City of his birth found numerous channels but it is one publication that it can be best seen.  In 1849, he wrote A Letter to the Lord Provost on the Best Ways of Spoiling the Beauty of Edinburgh in which he outlined his concerns and his passions for Edinburgh.  It is more of a campaigning pamphlet than book, within which he said, “Edinburgh is not exempt from the doom that makes everything spoilable.”

A well-respected figure of the time, his legacy lives on today in many forms, from streets names after him to the Cockburn Association, founded in his memory to protect the amenity of this city and campaign for its improvement.