“How we helped the people sing: The story of the Craigmillar Festival Society” with Andrew Crummy

Join Andrew Crummy, internationally renowned artist, in a conversation with Professor Cliff Hague, the chairperson of the Cockburn Association, entitled “How we helped the people sing: The story of the Craigmillar Festival Society”.

Andrew and Cliff will discuss the roots and output of this prolific grassroots arts festival founded in 1962 by Andrew’s mother Helen and other members of the Peffermill School Mothers’ Club, who were deeply frustrated at the lack of access to the arts available to their children and the and the marginalisation of their neighbourhood by the civic and cultural leaders, especially during the traditional Festival season.

As Edinburgh, “the Festival City” determines what its many Festivals will look like in a post-Covid world, with many residents calling for complete rethink, Andrew and Cliff will determine what lessons might be drawn from the experience of the people of Craigmillar.

This is the fourth of five different and distinctive “Cockburn Conversations” in a series called “Opening the Doors to Hidden Histories” curated specially for the Cockburn’s 30th year hosting Doors Open Days events in Edinburgh.

Questions can be submitted in advance to admin@cockburnassociation.org.uk . Please subject your email: “Cockburn Conversations – Andrew Crummy”.

Andrew Crummy was born in Craigmillar, Edinburgh, where his mother Helen was a community activist and founder of the Craigmillar Festival Society. Raised and nurtured in an environment rich in community arts, involving “festivals, drama, music, clowns colour and laughter”, Andrew went on to to study at Duncan of Jordanstone College of Art and then Glasgow School of Art. He was the guiding force behind the public mural trail in Prestonpans in the early 2000s and specialises today in tapestry, murals, illustration, sculpture and painting. His magnificent tapestries commemorating the Battle of Prestonpans and the Scottish Diaspora and his Great Tapestry of Scotland have all rightly won him international acclaim. Andrew has chosen to make his home and studio on the banks of the Forth in Cockenzie, a location rich in natural, cultural and social heritage which, like his childhood home, has further influenced his artistic output. 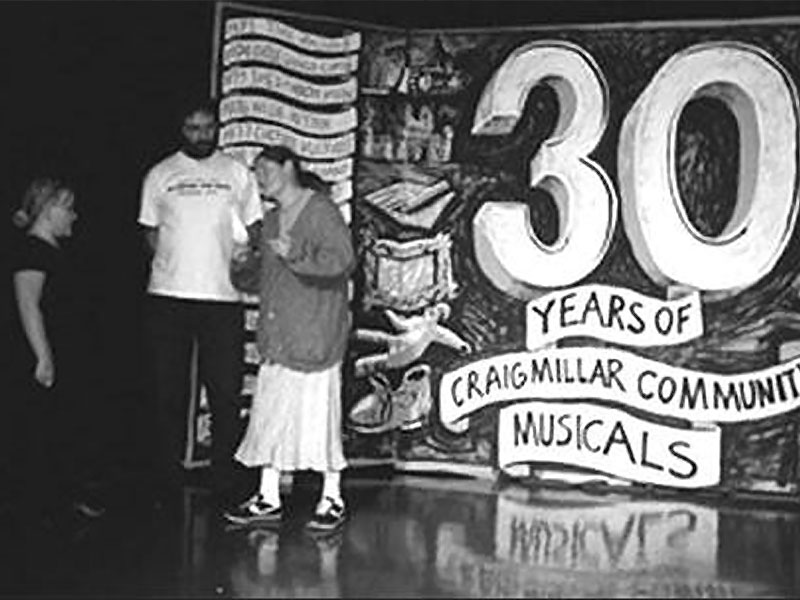