Designed by the eminent architect George Washington Brown, Edinburgh’s Comely Bank Cemetery was laid near the end of Queen Victoria’s reign in 1896. It has since lost its southern entrance and modern housing now encroaches upon its original, ornate gate piers. Access is now only possible via its north-east corner on Crewe Road.

Due to the cemetery’s proximity to the city’s hospitals it contains a disproportionately high number of World War One and Two casualties who sadly died of wounds or illnesses related to their wartime experiences. Numbering over 300, these include Reginald Earnshaw, the United Kingdom’s youngest wartime service casualty of World War Two, whose grave was only marked in 2009 after its location was located by one of his former shipmates.

On Sunday 26th September, as part of the 2020 digital Doors Open Days, join Patricia Keppie, the Scotland Public Engagement Coordinator of the Commonwealth War Graves Commission, on Zoom as she takes us on a virtual tour of Comely Bank Cemetery. She’ll share information about the history of the cemetery as well as some of the individual stories of those commemorated there. This will be followed by a Q&A.

Book your ticket to join the discussion here. 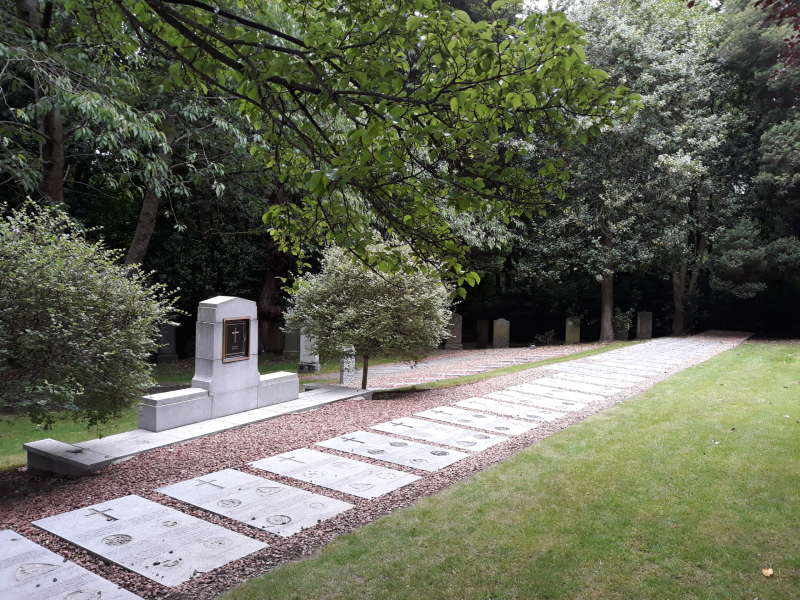