The Song School, adjacent to St Mary’s Episcopal Cathedral, was built in 1885 as a space for the Cathedral choristers to practice. The Song School was designed by John Oldrid Scott, son of the Cathedral’s architect, Sir George Gilbert Scott.

This video, specially produced for digital Doors Open Days, shows the murals by Phoebe Anna Traquair which cover the walls of the Song School. Painted between 1888 and 1892, the murals include religious images, portraits of leading figures of the day and of the choir and clergy of the time, along with images of the natural world.

Choral services in the Cathedral have been suspended at present because of Coronavirus restrictions, but the choristers continue to receive a musical education and prepare for eventual resumption of choral services. On Sunday 27th September at 3pm, the Scottish Chamber Orchestra will broadcast on their Facebook page a performance recorded in the Cathedral especially for Doors Open Days.

(The video was created by James Parsons, script by Suzy Morrison, narrated by Alison McCleery) 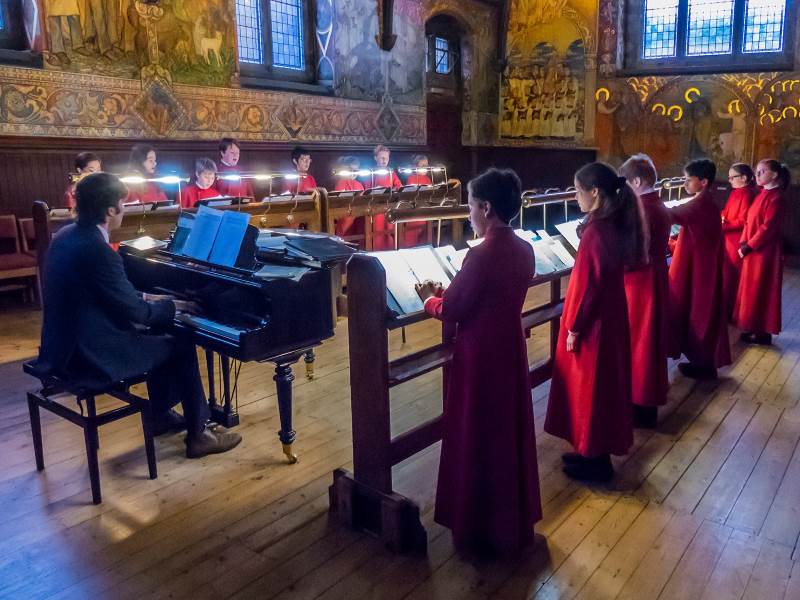